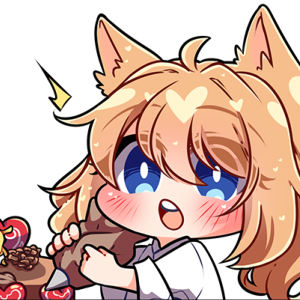 Today sees the introduction of patch 4.56 long awaited for its’ main scenario content, but what else is in this patch? Let’s take a look!

Firstly, they reiterate that the world visit system [i.e. the ability to travel between servers] is set to release in the next patch [patch 4.57] which should be releasing on the 2nd of April. Two new main scenario quests are listed here, continuing off where we last saw the warrior of light [just after our recent Ghimlyt Dark experience on the front lines.] This quest actually continues inside the Rising Stones in Mhordona and not anywhere near the Lochs.

Hildibrand is in this patch with two quests and it is confirmed that the Yojimbo trial from fanfest is actually in the game [albeit, it’s normal mode difficulty and there is no extreme version.] Expect it to be fairly toned down from the fanfest experience and the rewards are talked about further on including some barding. You’ll need to be caught up with the Hildibrand quest to actually take part in this, and once you’ve caught up the quest actually starts in Kugane at [X:10.5 Y:8.2] from Nashu. The trail then, Kugane Ohashi, is for 8-players and is indeed locked behind the “Good Swords, Good Dogs” quest in the Hildibrand story line.

The new beast tribe quests are in the game as well. This is to finalize the Stormblood beast tribe chapter. Usually at the end of an expansion, you combine the beast tribes together and this one is no different [presumably, full of hilarity and some very cool rewards!]

Plenty of new housing items are added to this patch [expect lots of requests from me] including a disarray of gold treasure and a carriage for outside furnishing from the Namazu beast tribe [just one of the many beast tribe rewards presumably from the bloodsworn reputation.] Additionally, you’ll be able to get the Kojin NPC permits for your house, so if you wanted a Kojin repairman in your house or mender or merchant then this is the patch for you! [also, presumably, unlocked through that beast tribe quest line specifically the Kojin.]

Also, they say the wondrous tales objectives now include the Orbonne Monastery, so you can do that for Khloe now. New Triple Triad cards are added in this patch and a new emote has been added! The emote in particular looks a lot like gil toss [most likely something to do with the Yojimbo trial as a reward from that new Hildibrand quest line.]

Small battle changes here, essentially the best way to summarize this section is to say that they have made the old primal battles on normal, hard, and extreme pretty much impossible to wipe on or at least you deliberately want to. For example, on Ifrit extreme say before this patch you burnt him down with as much DPS as possible, it would skip a phase and you would be locked with him spamming Hell Fire until you died because you didn’t kill the nail adds. Now after this patch has changed, that no longer happens. He becomes immune when a certain amount of damage has been done to him and then you have no option but to defeat the nails in time before he spams Hell Fire [so instead of telling people to focus on the nails, you won’t have to since they can’t wipe you anyway by simple smashing their faces into an immune boss.] This is basically the same changes with all of the other old primals.

This is an unusual set of changes for this patch number but I guess it’s in consideration for the amount of Blue Mages whom have tried to get the primal abilities from those bosses. They considered making the fights easier to better coordinate with accompanying high level players who just simple want to ignore the mechanics.

Next, they say the strength of the Echo in Deltascape and Sigmascape savage has been increased. The potency of this is up to 15% and you will get this when you enter any of those wings. Alphascape savage has had its loot lockout taken away and so has the entrance restriction to all areas of Alphascape savage. The Echo now has a 10% potency when you enter, so if you were considering doing any of the savage modes of any of the Omega raids, this could be the best time if you haven’t already to get a much easier taste of the content and some sweet loot.

Orbonne Monastery is added to the Duty Roulette: Alliance Raids, Kugane Ohashi, the Yojimbo fight, is in the Trial and Mentor Roulette and the weekly Allagan tomestones of genesis cap is now 900 from 450, but the maximum count is still 2000. This should help you get some gear if you still need some in preparation for Shadowbringers, especially for your other classes.

Some other small changes include that you will probably see the new EU data center, Light, when you go to the data center selection screen. This is intentional and is in preparation for the server split taking place on April the 2nd with patch 4.57 [you cannot currently access this data center due to it being a back end change that allows you to see it and is all in preparation for that move.]